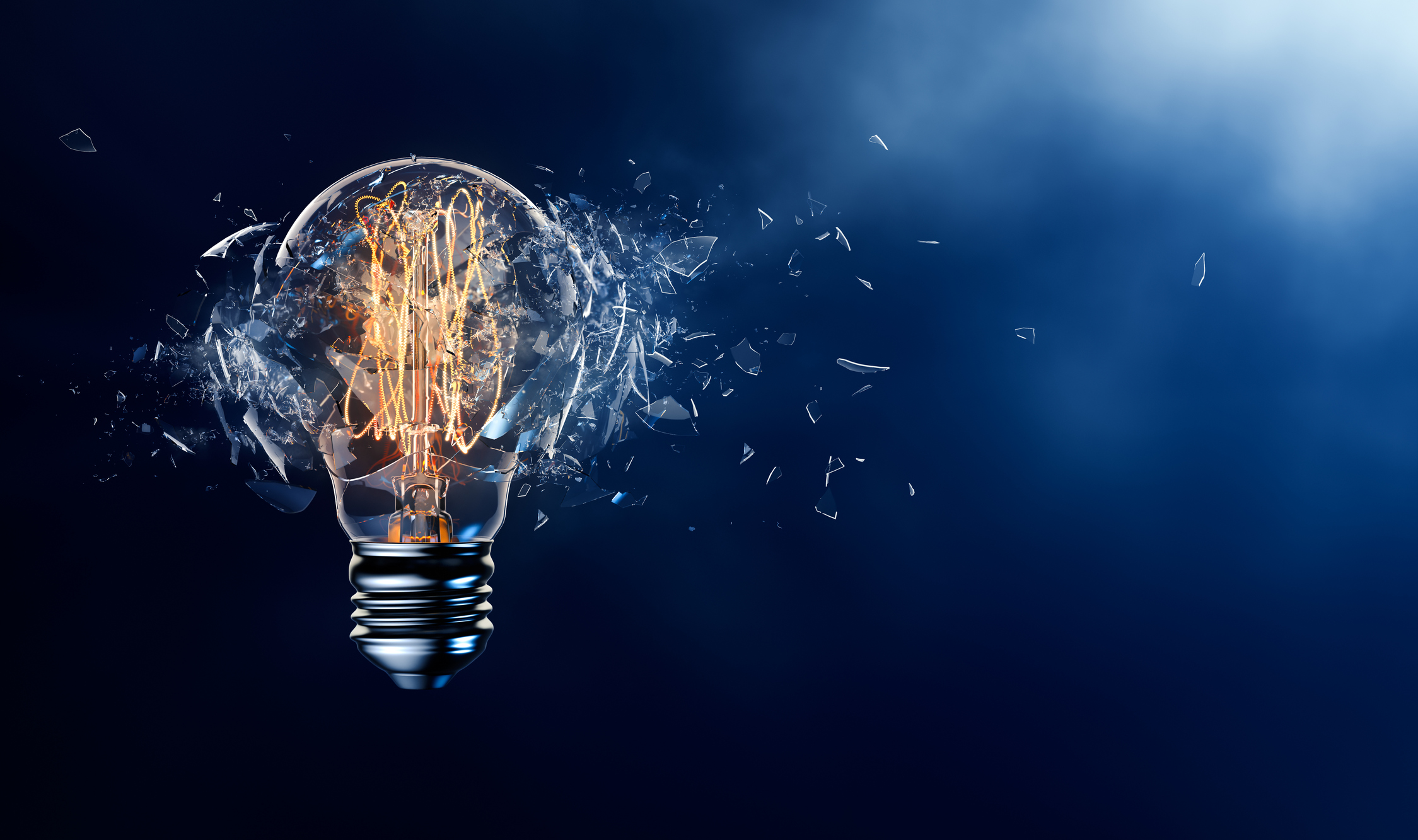 “Disruption” – what organizations would you associate with this word? What are the companies that come to mind? Take a few seconds ….1, 2, 3, OK!I’ll bet that many of you would’ve listed from one of the following that seem to have become synonymous with the word “disruption” – Google; Amazon; Facebook; Uber; Apple; Airbnb….. it’s almost become tech/ innovation/ transformation conference cliché to hear an eminent speaker spout well-worn wisdom about how these companies are changing our world ….and indeed they are….

…but, on a sandy road to a far corner of the Persian Gulf, I realized that’s not even the tip of the iceberg. The actual disruption is being driven from people and corners of the earth that you might not even have heard of…. So let me tell you a few stories…

A month or so ago, I found myself in the comfortable air-conditioned confines of the K Rod’s taxi; he was driving me on immaculately asphalted roads across the sands of the beautiful country of Kuwait. Rod, a stylishly dressed and chatty Filipino, had been in various lines of business in Kuwait, for more than two decades and as many of his country brethren do, supported his extended family in Mindanao, by sending a bulk of his monthly earnings back home. Working in Kuwait had been good for him, and after trying a couple of business ventures, had settled into the “passenger transportation” business. As we were speaking, he talked about how his business had changed, with the emergence of ride-sharing apps such as Careem (www.careem.com), - the Middle East’s equivalent of Uber – and another luxury limo services.

That’s when I noticed the contraption – a little box-like device attached to his mobile phone.“What’s that, Rod ?”, I asked. “That, sir, is my customer value proposition – my differentiator against the competition.”And then he proceeds to tell me about how long drives across the desert can get a bit monotonous. It struck Rod, on one of these drives, that he should do something to make the drive a little more entertaining for his customers. Something to while away their time as he drives them to the weekend chalets at Wafrah or other tucked away locations that Kuwaitis enjoy. So, knowing that nothing brings people alive as a much as a good song can, Rod installed a karaoke device in his car. And then,  I find myself singing to U2’s One – till we reached my destination at one corner of Kuwait.  So, you step in, with family or friends, into the lovely confined space of Rod’s vehicle, tell Rod your destination and the kind of music you like, and out on the screen on the device pops up the lyrics, the videos, and the music. And lo and behold the group of travelers is transformed into one happy singing bunch driving to their holiday destination.

Karaoke in a car! Perhaps Rod got his idea from watching an episode of James Corden’s show Carpool Karaoke, (https://www.youtube.com/watch?v=P-0PB4cbtDc) – but what a great example of customer-focused innovation in practice! And in his own, small yet significant way, Rod is disrupting our concept of the possibilities in passenger transportation.“But, hey, that’s not going to impact Uber!” I hear you say …. Well, let’s not be so sure. After all, it was a small file sharing service, (remember Napster?), that caused the then smug music industry to wake up with a jolt and decide to bring music streaming in as a value-added mainstream service, rather than reside on the fringes of music piracy.

OK, so maybe what Rod is doing is not as “digitally” disruptive to please the purists, but the insight and impact are clear. A small operator leveraging his creativity to reimagine his service offering and deliver an innovative and customer focused value proposition. Now, that certainly carries all the seeds of industry disruption/enhancement, if you ask me.  Uber, are you listening? Also, I wonder if the folks stuck in LA, Jakarta or Bangalore traffic are tuning in ….

....let’s look at another example. Austin in the summer can be as brutally hot as Kuwait - and so my wife and I were delighted when the Lyft ride we had planned for, arrived right on time at the Whole Foods Market (another disruptor – now a part of Amazon – and founded 37 years ago at the very spot we were at :) ). “I wish I had had the sense to dress like you, Ben,” I remarked to our affable driver as I jumped into the car. Vest and shorts is what you want to be in the  40o C (104o F) Austin afternoon sun, as Ben was.  “That's just part of the reason, bro” said Ben, …and the conversation took off from there. We talked about Singapore, Lfyt vs. Uber, his job as a software quality tester, and his passions and plans for the future. That's when my wife noticed a really colourful bag that he had by his side. “Oh, that’s one of my new designs”, he said, rather casually. The strikingly colourful floral design almost leapt out of the fabric of the bag. And he told us about his passion for design, and how he was collaborating with a manufacturing outfit in the US and a sales/branding house In Italy to market some of his creations.

Ben already has an online e-commerce presence and is waiting to hear from some VCs who are looking to invest in his venture and ideas. Ben Musa, part-time Lyft entrepreneur, part-time Software Engineer, was aspiring to be a leading participant in the designer fashion business.  Who was he benchmarking himself against?, I asked. Without skipping a beat he said “Hermes” – and I thought to myself “Wow! Hermes better watch out!”  I don't think they’re ready for, or even seeing the tide of disruption coming from the likes of Ben Musa. Btw, do check out his awesome collection here www.benmusacollection.com. Ben, here’s wishing all success to you, man! 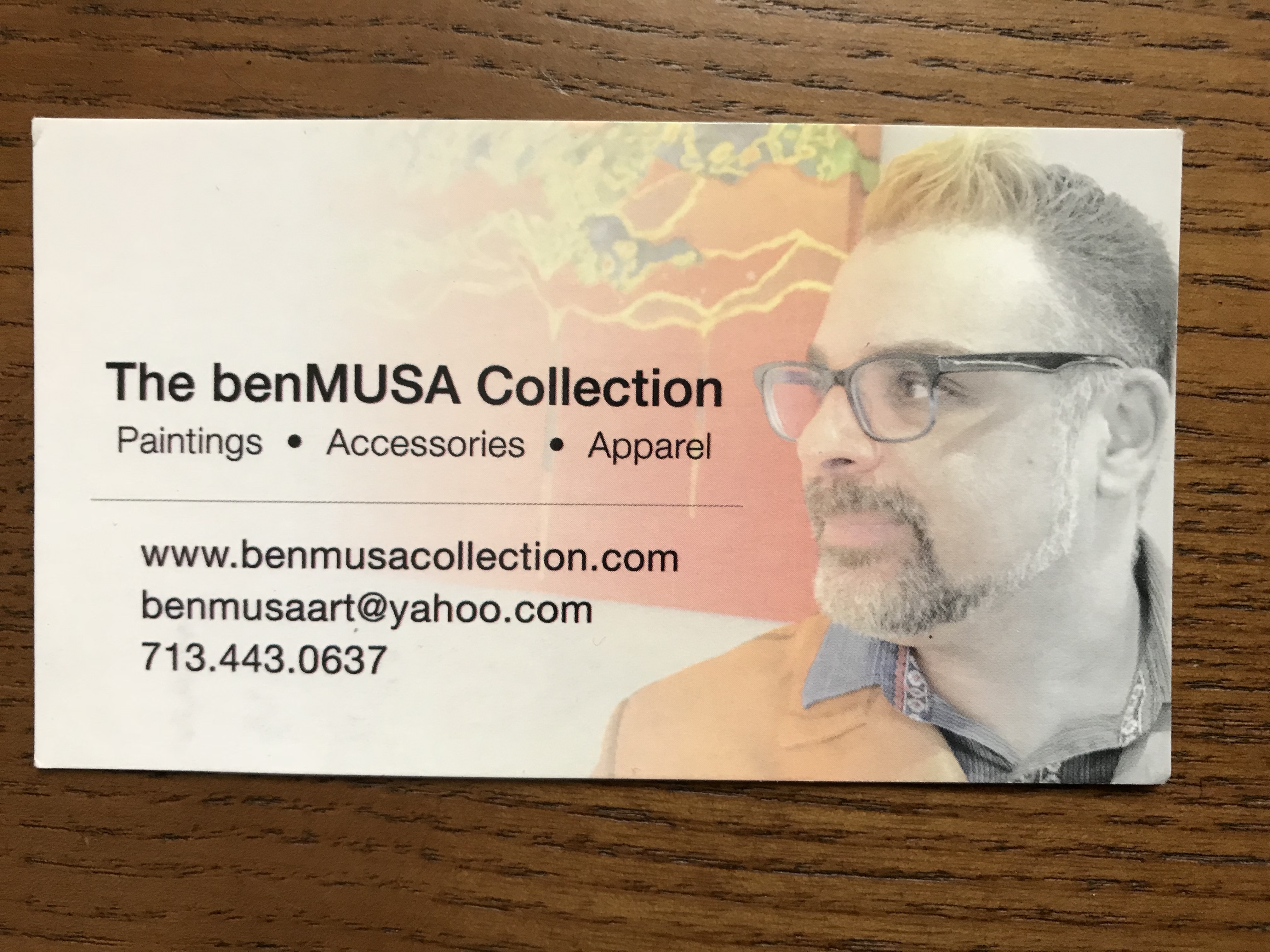 And then I heard the other story. About a company in New Zealand using 3D printing – to do guess what – hold your breath now, - manufacture and launch satellite and payload launch vehicles – or in other words -  rockets - the stuff we thought only NASA and their governmental ilk, or more recently Elon Musk’s SpaceX could do. Check this out https://www.theguardian.com/world/2017/may/25/new-zealand-launches-space-race-3d-printed-rocket. And, by the way, the folks who told me about this were part of the senior management of a large Asian telecom company, where I was running a series of customer-centric innovation workshops,  who were already using the services of Rocket Labs with immense satisfaction.

So, forget associating “disruption” with Google, Apple, FaceBook, Uber, Amazon, Airbnb – let them continue to do the good work they do.  And let’s pay a little more attention to the new disruptors. The new innovators and disruptors will not necessarily be the Goliaths wielding the advanced tools of the technology of their fields, but will most probably be the David’s with the catapult, but who wield the creativity, focus, and determination to target where the Goliath’s are perhaps the most vulnerable.

Like Rocket Labs, Ben Musa, Rod K., and, yes, yourself: All examples of forces that can drive disruption if we only we seize the opportunity with questions like “How can I make this better? “, “ What if we were to ….” “ and “How might we …” Disruption clearly is not the domain of the giants alone, but rather, it emerges when we look at things with different eyes, question the status quo, imagine new possibilities, and then work relentlessly to convert the idea into a new reality.

And this is just part of the process that we at Qua Aliter Associates work through with teams, helping them in their journey of change, innovation and disruption.

In fact, if you’re around in Singapore end of June / early July, stay tuned for a workshop/coffee conversation event we’re setting up with my friend and disruptor-in-chief Gavin Heaton, of the Disruptor’s Handbook fame (https://disruptorshandbook.com/ )), who will be in Singapore around that time.

If you’d like to check in to know a bit more, please message me :) on this forum.

Till then, please do think of ways that you might drive some delightful disruption in our world. 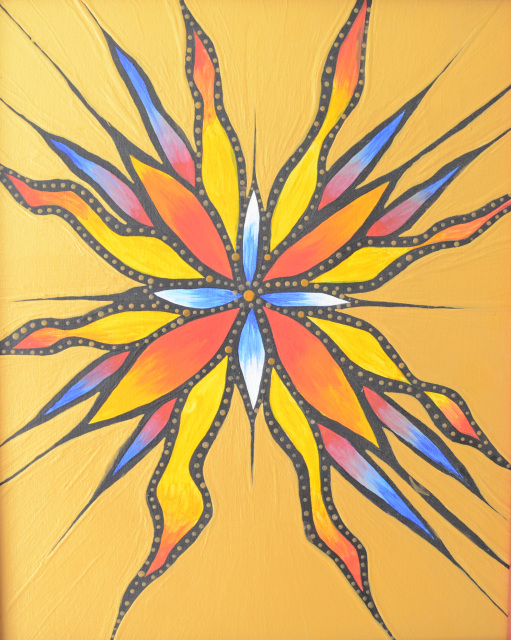 (A design from the Ben Musa Collection https://www.benmusacollection.com/store/p110/GoldenFiore)