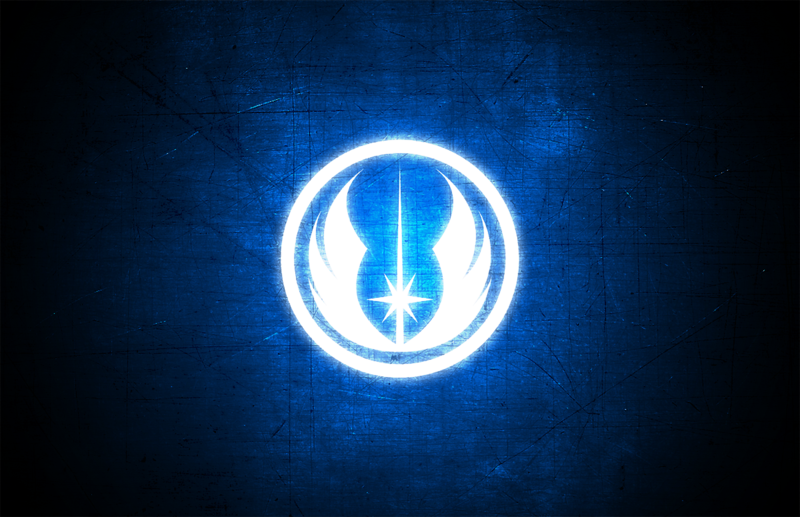 The story so far :

The dark forces of VUCA are gathering strength and combining in ways not anticipated or experienced. There is a heaviness in the air and dark rumblings all around, as the VUCA battleships begin their move towards the center of the galaxy. The old guard huddle in their councils, but can only come up with tired approaches of building their ramparts thicker and higher, goading the innocents to do more with less, and making brave statements about their state of preparedness. Yet the many innocents living behind the fortified, but now shuddering walls of the established cities are ill at ease. They are busier, working longer hours with lesser resources, but a sense of dark foreboding has begun to permeate … 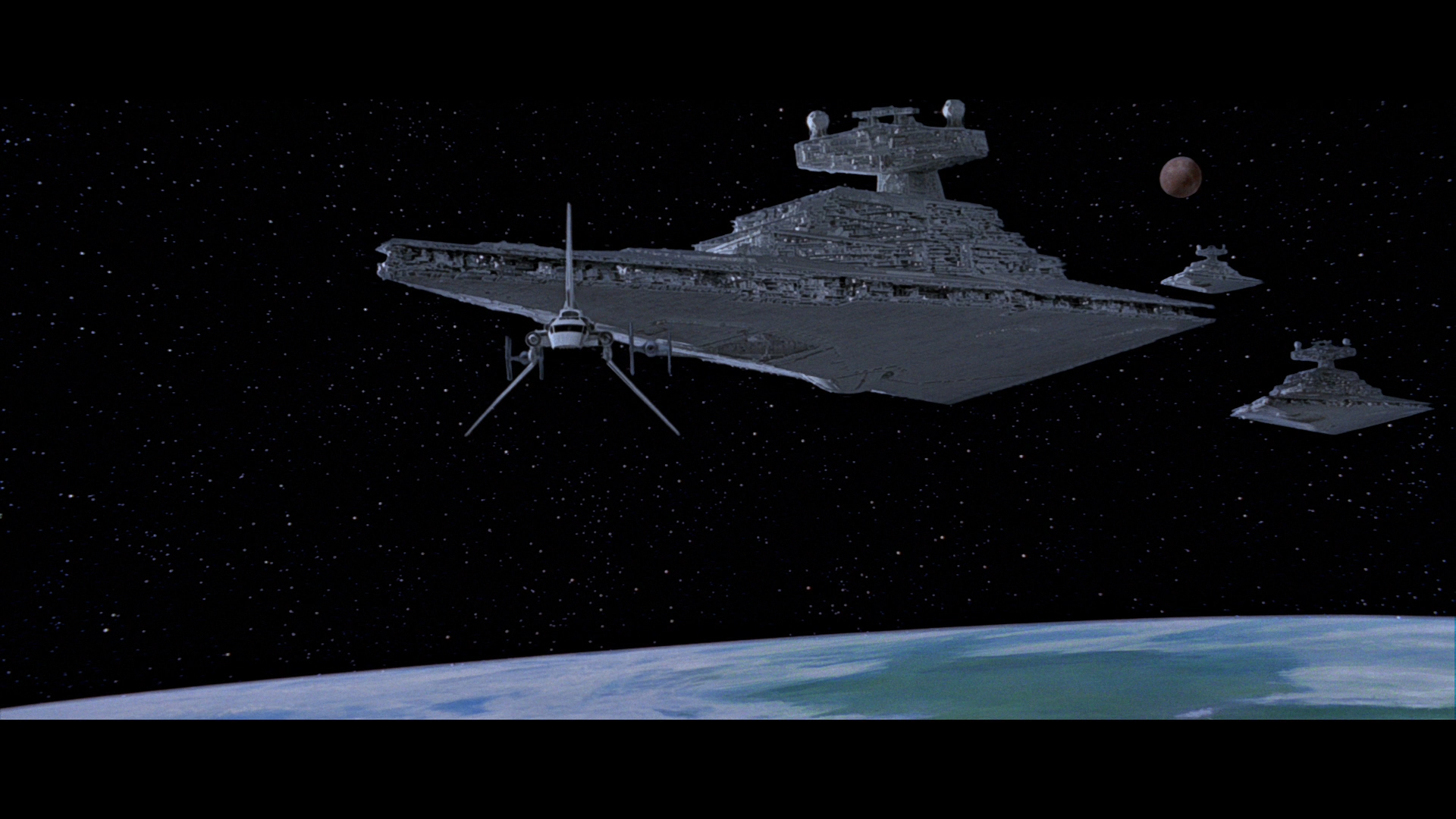 Meanwhile, far away, in a distant corner of the galaxy, a small band of warrior monks are taking a different approach. Building on the teachings of the old Jedi masters who had predicted the coming of VUCA and the rise of teaming, these warriors are honing new skills, and seeking new paths to take on the dark forces…

The Jedi:  First introduced in the 1977 motion picture Star Wars Episode IV: A New Hope as an order of warrior monks who serve as "the guardians of peace and justice in the galaxy" and embrace the mystical Force.

Something similar seems to be happening in organizational galaxies, albeit a little less perceptibly: The emergence of a new brand of purposeful, empathetic intentional yet practical leadership, typified in what I’d like to call a “Leader-Coach”.

So how does a leader evolve to achieve Jedi-like leader-coach status in the battles against VUCA? As we’ve seen in the last episode, agility and resilience are two essential organizational capabilities that individuals and teams need to develop to effectively navigate to through the turbulence of our times. This in turn calls for the leaders at all levels in the organization to build their capability to dynamically sense and respond to changes in the business environment with actions that are focused, fast and flexible, and foster effective teaming. A leader has to prepare team members face a VUCA world, and enable them to shift their mindsets and skills from “I know change is coming, but I can’t really see the potential changes that might impact our organization” to “I see change coming and am prepared and already doing something about it.”

The transformational journey to leader-coach Jedi-hood thus begins with the sensing of the need to build this capability. And the leader then starts immersing himself / herself in the art and science of coaching.

Let’s pause and take a look at what coaching is, and how it relates to the emergence of the leader-coach. There are several definitions of coaching, and several practices to address various coaching situations and needs. The definition that resonates the most in the VUCA context, views coaching as a developmental process that builds a leader’s capabilities to achieve professional and organizational goals. A developmental process, that starts with the self, as an instrument of change, before one is able to bring others along to that change. Very Jedi-like, indeed. 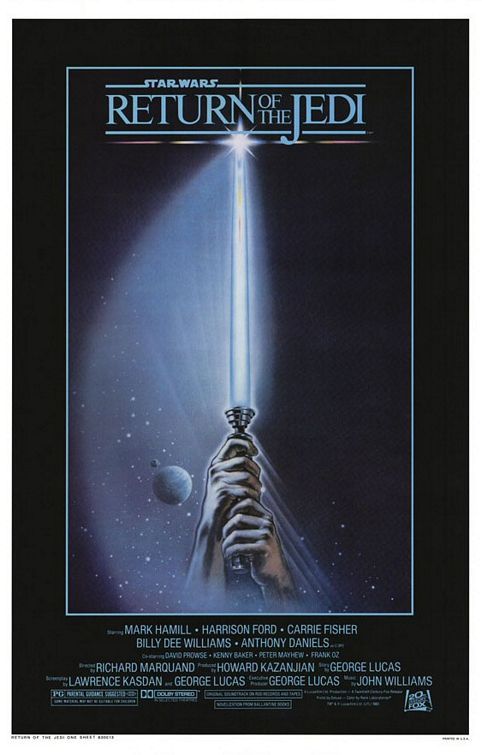 The leader-coach needs to, therefore, first step into a “self –as-instrument” mindset, and be conscious that the change he/she is seeking to lead would depend significantly on his /her ability to tap into, and drive the creative energies of himself/herself as the instrument of change.

I want to draw a clear line and highlight an essential difference here. This is not about a leader or manager taking on the role of a coach as if it were some kind of convenient cloak that one could take on and off. The leader-coach is infused with the principles and competencies of coaching and lives and breathes these as part of his or her being. This is not about “coachable moments” or “how to coach for development”, but rather what one needs to do as a leader to work with a coach mindset. At all times. With all people.

Leading with a coach mindset, as opposed to a traditional “boss” mindset is therefore the mark of a true Jedi, or in our case, leader-coach, and what this looks like is summarized in the table below: 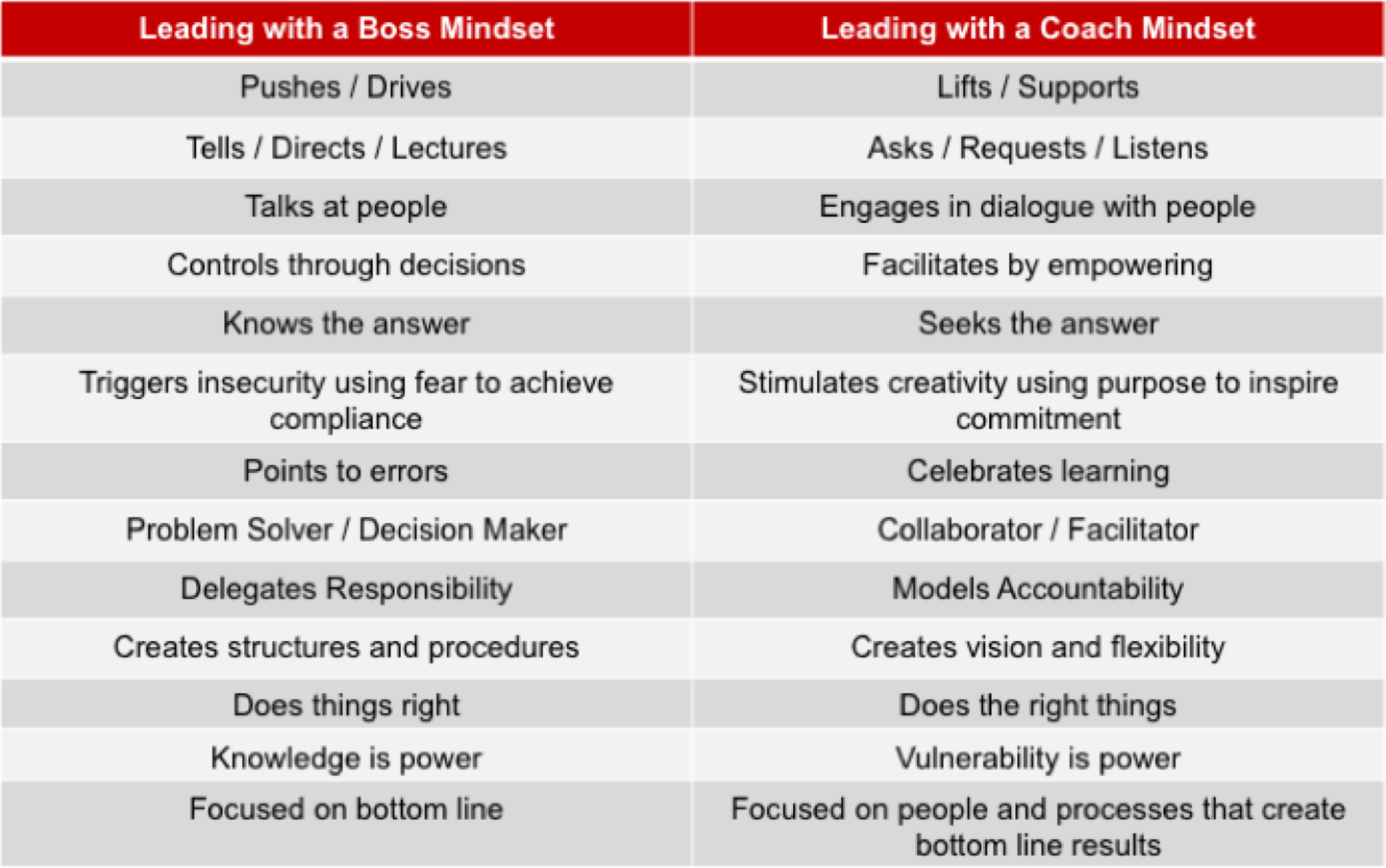 While what a leader-coach mindset looks like seems easy to understand, the journey to developing this mindset is a little more involved. The journey requires the “Padawan” (apprentice Jedi, in Star Wars terms ) leader-coach to have a strong intellectual understanding of leadership and coaching concepts, combined with a continued and immersive “learning by doing”  that then helps our emerging hero hone his/her instrument of self. 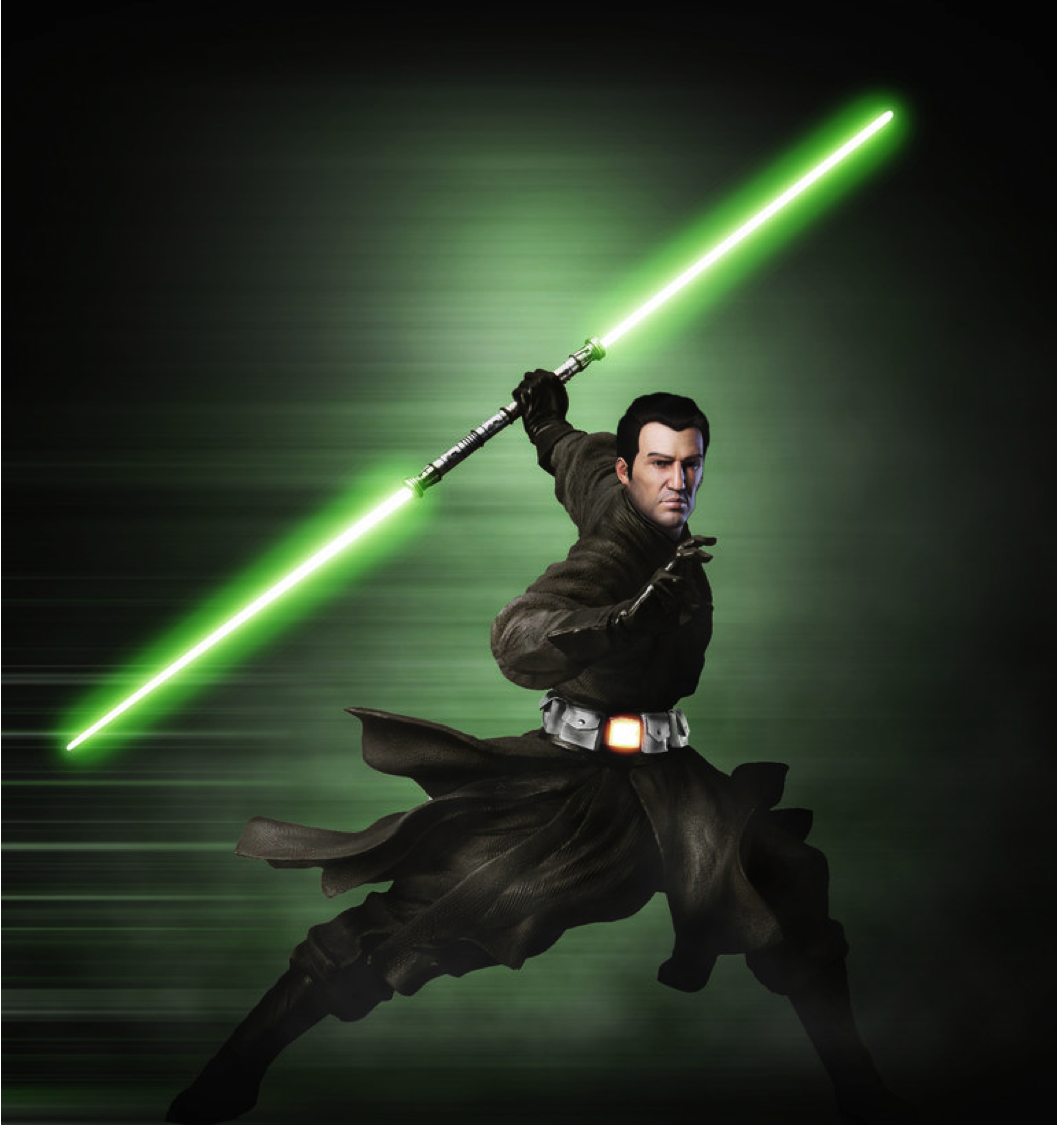 What is most interesting is that a lot of these leader-coach practices are fast gaining momentum, and moving from the fringes of the galaxy to take center stage soon in the battle against VUCA. The rate of growth of the software industry in recent times, and the explosion of new models such as cloud computing and the millions of apps that are now common place are, in most cases, a result of a “leader-coach” fostered teaming process. The software world calls this process Agile Development or Scrum. Creative firms such as Pixar, similarly, use a teaming process involving interactions called  “Dailies”, to both discover and develop ideas. In fact one such hour long meeting in Pixar’s early history is supposed to have generated the ideas for the plots and basic characters for ‘A Bug’s Life,’ ‘Monsters Inc.,’ ‘Finding Nemo’ and ‘WALL-E.’ Four movies from one meeting. Now that’s easily the most creatively productive and productively creative meeting I’ve ever heard of.

And even more interestingly, totally new and innovative organization structures are evolving based on these leader-coach and teaming principles. Holacracy is a case in point, one that companies like Zappos and a large variety of start-ups are choosing to adopt. Holacracy,  is an innovative approach to running an organization that removes power from hierarchy and distributes it across clear roles, which can then be executed autonomously. The organization is envisaged to be composed of collaborating circles, or teams, rather than hierarchical functions and departments. Holacracy espouses the roles of “facilitator” and “lead link” to drive the collaboration within circles and between circles respectively. Needless to say this calls for extensive teaming and a leader-coach mindset to be infused all  across the organization, and especially for roles such as the “facilitator” and “lead link”.

The jury is still out on holacracy as an organizational operating system, (http://www.forbes.com/sites/stevedenning/2015/05/2... but the with the count of the number and spread of organizations (including a government department in the United States Office of the Chief Information Officer of Washington State) crossing 50 as of early June 2015, one is tempted to say  : "Watch this space. Closely."

Whatever be the outcome of experiments with new organizational models and structures, what is clear is that leaders and teams need to quickly and effectively change their mindsets – leaders to a leader-coach mindset, and teams to teaming.

And as Luke Skywalker said to fellow leader-coaches, sorry Jedi,

"Remember, a Jedi fights only as a last resort. If you are forced to draw your lightsaber, you have already forfeited much of your advantage. A Jedi trusts the Force and at first seeks other ways to resolve problems: patience, logic, tolerance, attentive listening, negotiation, persuasion, calming techniques. But there are times when a Jedi must fight."

In coming episodes, we’ll look at some of the specific behaviors a leader-coach demonstrates and models, that ensures effective teaming and performance in the face of VUCA.

Till then, May the Force be with you. 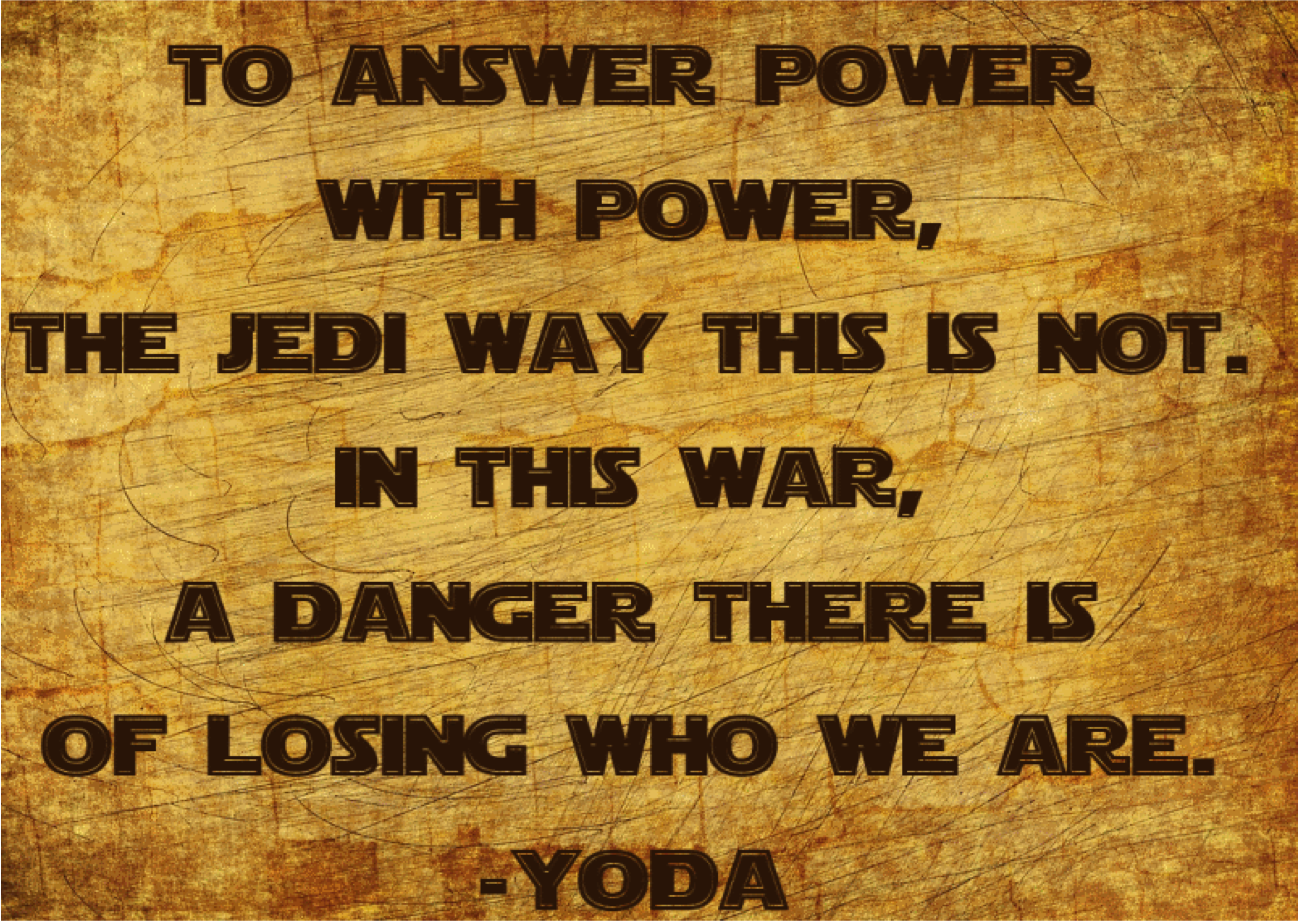